East Greenland is one of the most isolated habitations in the world. Along the more than 20,000 kilometres / 12,427 miles of coastline you’ll only encounter two towns and five small settlements, inhabited by no more than 3,500 people. An awesome wilderness of more than 1,457,000 km² including the world's largest national park, East Greenland offers fantastic possibilities for great adventures. In East Greenland, steep mountains rise from the sea and giant white and blue icebergs float in deep fjords. Only 120 years ago, there was no connection between East and West Greenland. Therefore, the culture, traditions, and even language are different between inhabitants of the east and west.

Discover the world’s largest fjord system in East Greenland. Zodiac cruise and kayak along sounds filled with spectacular icebergs calved from glaciers of Greenland’s enormous ice cap. Rock-climbers will thrill to the adventure of scaling some of the world’s least explored and dazzling mountain ranges while scuba divers plunge below the icy sea to witness a strange dazzling world seen by few where icebergs, catfish and lumpsuckers, and odd-looking sea cucumbers all vie for attention. On shore, encounter colourful tundra on hikes and meet friendly Inuit locals who still practice a traditional hunting and fishing lifestyle.

Proudly named after Aurora Expeditions' adventurous co-founder, the 104-metre Greg Mortimer ship is their very first, purpose-built expedition vessel. Capable of negotiating the strongest winds and waves, the Greg Mortimer is built to world-class Polar Code 6 standards and was designed in close consultation with expedition specialists, taking advantage of more than 25 years of experience.

The Greg Mortimer accommodates 160 travellers on board, which is limited to just 120 in the polar regions. Not only is the ship bigger to contend with adverse weather conditions, its added creature comforts make for a more enjoyable journey out on the open ocean. The Greg Mortimer remains true to Aurora Expeditions' ethos and focus on multiple landings, flexible itineraries and family atmosphere – just with an improved home base!

Expeditions to the polar regions can face some of the worst Mother Nature can throw at us. However, this won't be problem on the Greg Mortimer with the introduction of the patented X-BOW™, created by Norwegian ship designer ULSTEIN. As one of the leaders in marine engineering, ULSTEIN's X-BOW™ is an inverted bow concept that's designed to alleviate challenging open ocean waves! 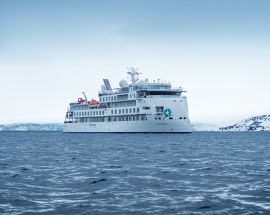 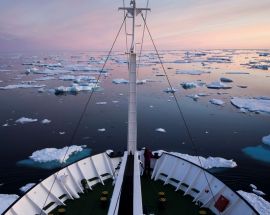 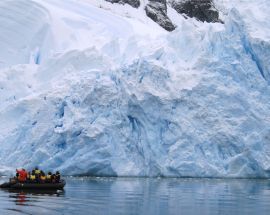 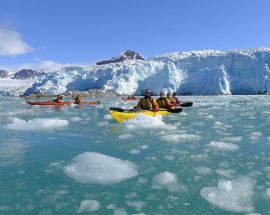 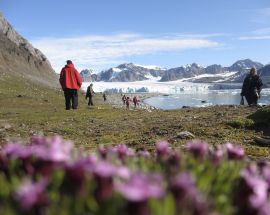 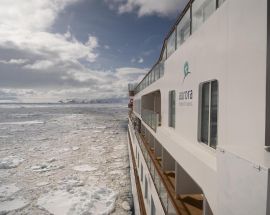 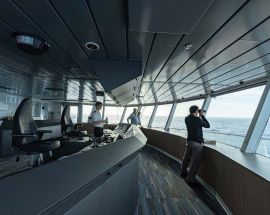 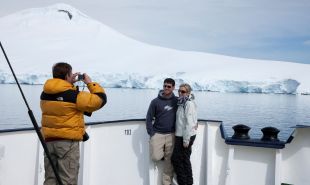 Sea Kayaking in tEast Greenland is an experience guaranteed to refresh your soul. Paddling in small groups, you'll glide between ice floes, brash ice and icebergs dotted with wildlife. 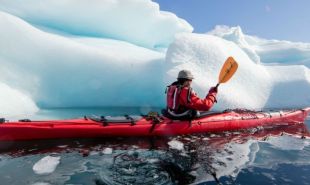 Go beyond the average adventure and delve deep into the waters of East Greenland exploring dive sites where no one has gone before. Available to experienced dry-suit divers only. 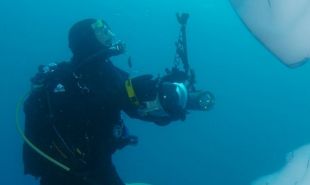 No experience needed! This is your chance to don a dry-suit and take the ultimate plunge into the icy waters of East Greenland for an up-close underwater experience. Not for the faint-hearted!

FROM AUD $780 Per Person (Indicative pricing in NZD. Sold in AUD)
request booking 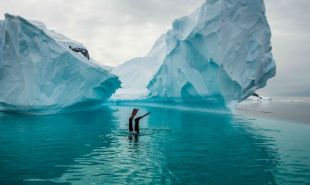 Experienced climbers can explore the remote and rugged summits of East Greenland on a rock climbing adventure! 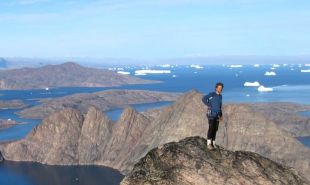 Please note: This cruise is sold in AUD

Please note that all Polar itineraries are at the mercy of weather conditions and not all landings are guaranteed. These itineraries are flexible and will change voyage to voyage, allowing the best chance to make the most of surprising wildlife displays and unexpected opportunities.

By completing this booking request you acknowledge that you have read and accept both Expedition Cruise Specialists' and Aurora Expeditions’ terms and conditions.

Single occupancy is 1.7 times the twin share price. No single travel fees apply if you are willing to share your cabin (twin and triple cabins only).