Don’t miss the chance to see one of Earth’s most wondrous cosmic events in one of Earth’s most fantastic places! An Antarctica viewing of the total solar eclipse is occurring on 4 December 2021. Though total solar eclipses occur roughly every 18 months, they can only be properly seen along a few key path locations. And what better location than one of the wildest and least-known places on the planet?

To witness the total eclipse, the 112-passenger Ortelius will be positioned in the centre of the moon shadow, at the edge of the sea ice in the Weddell Sea, between the South Orkneys and South Georgia.The full voyage lasts 19 nights, 20 days, and will visit the Falklands, South Georgia, and the Antarctic Peninsula. This expedition is sure to be popular - book early to avoid disappointment. Ortelius was built in Gdynia, Poland in 1989 and served as a special purpose vessel for the Russian Academy of Science.  She is an ice-strengthened small ship (rated to the equivalent of 1A; the highest ice rating) designed for polar expedition cruises in the Arctic and Antarctica. Limited to no more than 116 passengers and 53 cabins, her size ensures a flexible polar experience with maximum wildlife opportunities. Ortelius carries ten high-powered zodiacs for landings and exploration. A $1.5 million cabin reconfiguration in 2014 (Deck 5) and 2016 (Deck 4) completed the vessel’s refurbishment program, bringing Ortelius to an upscale hotel standard. The refurbishment featured brand new furnishing including beds, wardrobes, desks and chairs. The cabins and corridors feature new carpets, ceilings, piping and wallpaper. 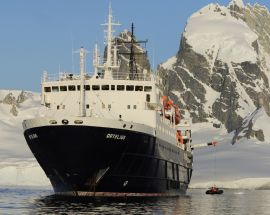 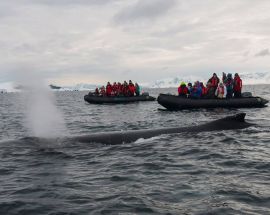 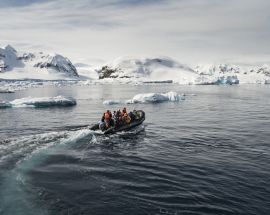 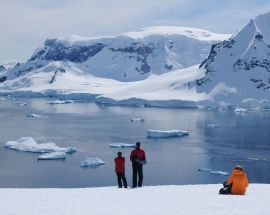 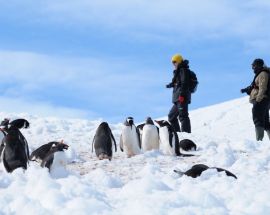 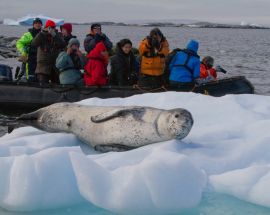 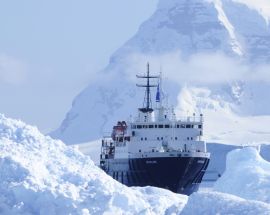 EARLYBIRD SAVINGS - For a limited time reserve your place on this voyage and SAVE USD $1,000 per person off published prices. Enquire for details.

The itinerary described is for guidance only. Programmes may vary depending on local ice and weather conditions, the availability of landing sites and opportunities to see wildlife. Solar eclipse viewing subject to cloud conditions on the day. The final itinerary will be determined by the Expedition Leader on board. Flexibility is paramount for expedition cruises.

You must be in good general health and you should be able to walk several hours per day. The expedition is ship-based and physically not very demanding. Although as much time as possible is spent ashore, travellers are welcome to remain aboard the ship if they like. To join most excursions, travellers must be able to get up and down the steep gangway from the ship to the water level to board the Zodiacs. Staff will assist travellers in and out of the boats. This will become progressively easier with practice. Ashore it can be slippery and rocky. You are travelling in remote areas without access to sophisticated medical facilities, so you must not join this expedition if you have a life-threatening condition, or need daily medical treatment.

By completing this booking request you acknowledge that you have read and accept Expedition Cruise Specialists' and Oceanwide Expeditions' terms and conditions.

A single supplement of 70% applies for sole use of cabins.